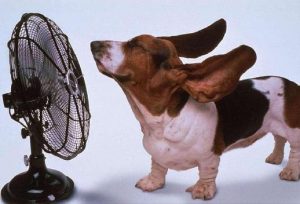 You’ll be doing your body a favor if you have an effective cool down regimen after exercising. Most people know it’s important to do warm up exercises before taxing the body, but fail to consider cool down….since they normally just want to rest as quickly as possible. That is a mistake that could lead to passing out or other problems. The body undergoes incredible changes when exercising. The sympathetic nervous system takes over and the fight or flight response kicks in to gear. It causes a lot of changes, such as increased heart rate and respiration, plus blood going to the heart, brain and extremities. Abruptly stopping will cause pooling of blood in the extremities since the heart is pushing it through the system with less vigor. That causes fainting.

Improve your flexibility with a cool down.

Rather than point out all the scary things that can happen when you cool down, it’s always good to have a positive reason for doing it. Your muscles are warm after a vigorous workout and you’ll benefit greatly from stretching them at that time. Stretching improves your range of motion and flexibility. That means you’ll be less prone to injury during your next workout.

The harder you workout, the more you need to cool down.

Athletes and those that do a more vigorous exercise routine need a cool down session even more than less fit people. That’s because the harder you work, the more blood flow goes to extremities, such as feet and legs. When you stop quickly, that blood pools, causing it to be insufficient to the brain and poof, before you know it, you’re dizzy or passed out on the floor. Less fit athletes may find the simple act of walking a bit after working out may do the trick. It’s still important, but results aren’t as dramatic.

Get in the habit of doing cool down exercises.

You may not have worked out to the point you have to have a cool down session, but it never hurts to add it and should be an important habit. Stay active after a workout and start moving at a less vigorous pace as you slowly get your heart rate back to normal. Check your heart rate after five minutes and if it’s still elevated, continue cool down for a while longer. Follow that with stretching.

A cool down session doesn’t necessarily prevent muscle pain the next day, as was once thought, but it does feel good while you’re doing it. It makes the transition back to normal easier.

Warming up before exercise is just as important as cooling down, if not more important. It helps prevent muscle injury.

Whether you believe cooling down is important or not, you can’t go wrong doing it. It not only won’t harm you, but it’s also a good way to get back to normalcy, even if passing out isn’t a fear.

Cool down exercises work your muscles when they’re warm and can help prevent stiffness that can occur by stretching them as you cool down a bit.

Hi. I’m Kelly Scott, the owner of ForeverStrong. And … END_OF_DOCUMENT_TOKEN_TO_BE_REPLACED