Another 8 weeks of gains, personal bests, and improvements has ended.  ForeverStrong’s clients are on fire!  You made some excellent progress.  The results are in and they are astounding.  Every program participant improved their strength and fitness levels over the last 8 weeks.  Did you hear that?  EVERY SINGLE ONE.  Who could argue with those kinds of results?

I bet you’re wondering, well what did you do? Did they really improve that much?  I’ll tell you, not only were the overall results fantastic; individual results were amazing.  Some clients improved their strength by over 300%!

We tested the participant’s performance in 5 different exercises.  We used a procedure called “Rep Max” testing in order to track the progress. We recorded how many repetitions each client could do with a specified weight at the start of the program, and then retested how many repetitions they can do with the same weight at the end of the eight week program. In some cases, we test duration instead of repetitions. Each client improved after the 8 week program was completed.  Ah yes, the feeling of success.  Let us bask in it.

With success comes admiration (and basking,) so join us in admiring their dedication and improvements.  You can also literally join us and improve YOUR strength too! 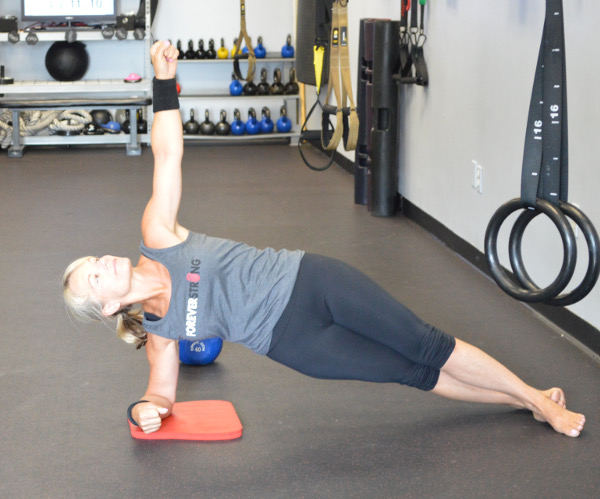 Even though we tested 5 different exercises, we targeted our core strength during this 8 week program.  The results show our focus wasn’t misplaced.  Core strength was tested by measuring the amount of time each of person could hold plank variations. More than 25% of participants saw the greatest amount of overall improvement in the tests for core strength!  At the end of the 8 weeks over HALF of those people doubled the amount of time they could hold a plank variation.

One of those people was Cathy.  Cathy not only more than tripled how long she could hold a plank, she increased her strength so much that she can now do a full plank!  She need to modify the plank during the initial test.

We asked Cathy about her experience. She told us that one of her biggest successes was being able to do a plank without modifications.  She also told us that during this program cycle she has felt stronger and she feels that improved her quality of life.  Way to go Cathy!

Frank nearly quadrupled his plank time.  He can now hold a plank for over 2 and half minutes!  That’s longer than an entire song by The Beatles.  Congratulations Frank! 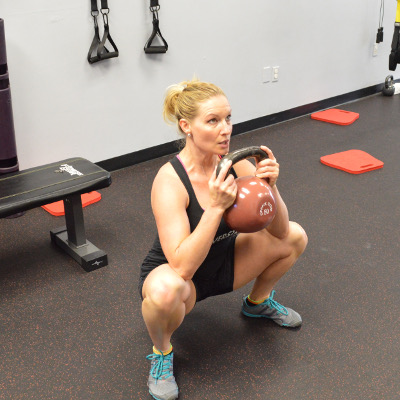 At the beginning of the program, we tested the number of squats performed with a specified weight.  At the end, we retested using the same amount of weight.  About 10% of our participants saw the greatest overall improvement in their squat movements.

Among those is Lorri.  Lorri was able to do 1.5 times the number of repetitions she did at the start of the program!  Lorri told us that she surprised herself with her greatest improvement. Great job increasing your squat movement strength by 150%, Lorri!

Lisa more than doubled her repetitions at the end of the program.  That’s right, she was able to do twice as many goblet squats after 8 weeks. What a fantastic improvement, Lisa! 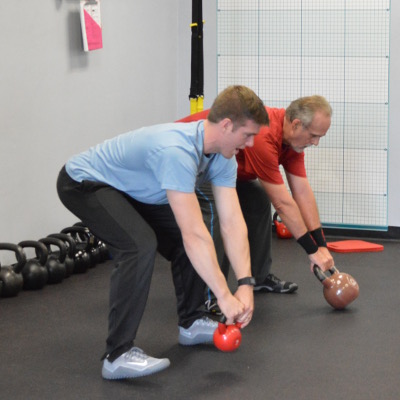 We tested the hinge movement using the deadlift exercise.  Usually either friend or foe, the deadlift is a true test of strength.  When correctly performed, it uses muscles all over the body.  We tested the number of deadlifts participants could do with a specified weight at the beginning.  After 8 weeks of the ForeverStrong program, we re-tested, counting repetitions and using the same weight.  Almost 10% of program participants saw the greatest overall improvement in their hinge movement.

The hinge movement is extremely important to our overall fitness level.  It’s the base for stability in the lower body.  Keeping that healthy is essential to mobility and workout progression.

Kevin kept our jaws on the floor during his final test, but by far, the most impressive was the improvement he made on his hinge movement.  At the beginning, the hinge movement was his weakest event.  The deadlift was the exercise he performed the least repetitions in.  By the end of our program, Kevin performed more repetitions of the deadlift than ANY other participant. Excellent work, Kevin! 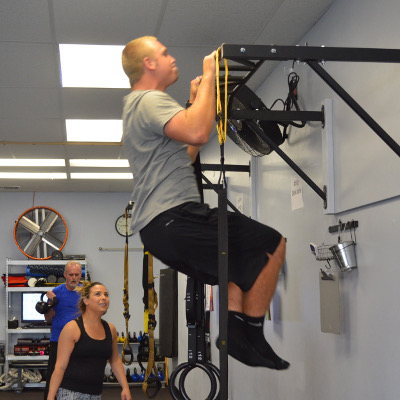 Kathy and Belinda doubled the the number of repetitions they could perform on the row exercise.  Congratulation ladies on seeing 100% improvement!

Scott tripled the number of pull-ups he can successfully perform.  Way to go, Scott!

Well, the results speak for themselves.  These clients committed themselves and crushed their goals!  Our participants enjoyed the program and felt that it improved their quality of  life.  That’s what ForeverStrong is all about.  We want to help you improve your quality of life for the long haul.  Our participants reported improved confidence, improved functionality in daily life and improved coordination.  Many participants, like Stephanie and Lauren, reported a better quality of sleep.  Some people experienced less back pain.  The most reported benefit of the program to daily life is one that Irene experienced.  A large number of participants reported that they felt

I’d say with those results and those reported benefits ForeverStrong’s most recent 8 week program was a huge success.

Thank you to all of our participants. We love working with you!

If you want to reap these rewards as well, call or text us at 301-200-2223 or complete the contact form at www.trainforeverstrong.com to join us for a free workout.

Hi. I’m Kelly Scott, the owner of ForeverStrong. And … END_OF_DOCUMENT_TOKEN_TO_BE_REPLACED